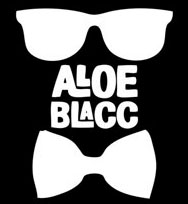 Aloe Blacc reached the Top Ten with 2010’s single “I Need a Dollar”. The song was licensed for uses as the theme song to the HBO show How to Make it in America. In 2013, Aloe co-wrote and fronted Avicii’s “Wake Me Up”; an international smash hit that reached the Top Five of Billboard’s Hot 100.

DRM connected with Aloe Blacc just before he was to tour with Bruno Mars in 2014. Aloe was in need of a fresh look for his merchandise and some help selling at the arena level. We helped create the entire line, starting with selection & styles of t-shirts and tank tops, adding imagery and logo placement, culminating with production. The DRM team managed all sales & inventory throughout the tour.   The merchandise line was a huge success, some had even said that Aloe’s product line was much better then Bruno Mars’, but that is not for us to say.